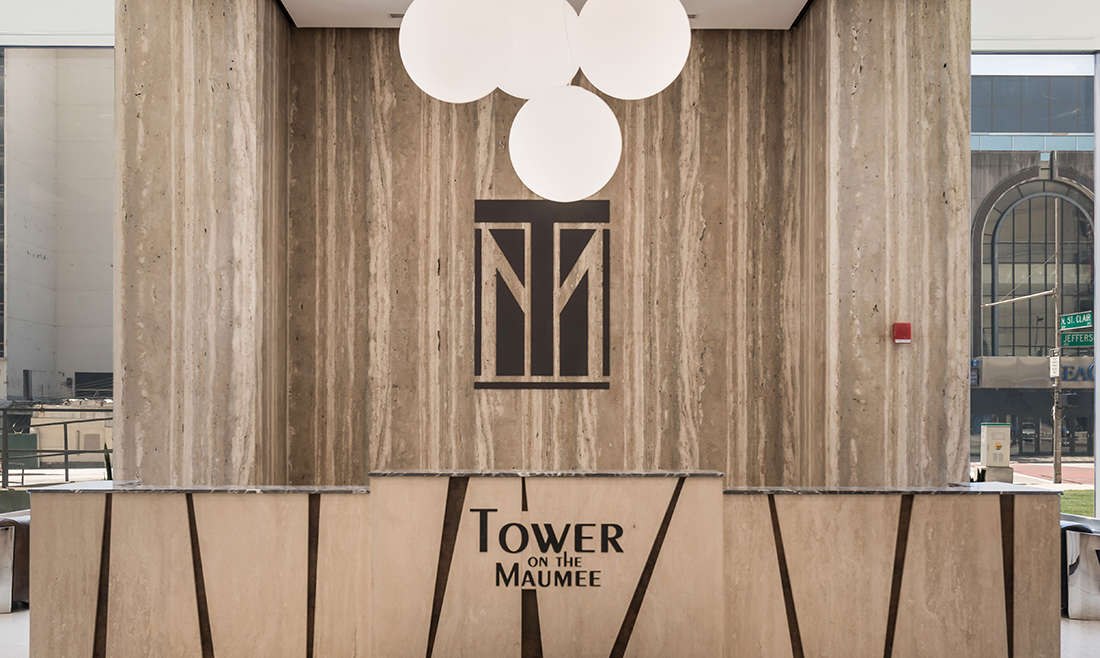 First Tenant of the Tower on the Maumee announced

Another corporate headquarters will be moving to downtown Toledo.

After sitting vacant for years, the Tower on the Maumee, one of the more prominent parts of the downtown Toledo skyline, officially has its first tenant.

Directions Credit Union has announced they will move their corporate operations and 90 employees into the tower.

According to Mark Clouse, the Chief Financial Officer of the Eyde Company, who owns the building, Directions will move into floors 15,16, and 17.

Floors 18 to 28 are already being renovated to accommodate 160 apartments.

Clouse says this announcement is historic for the building, which has sat vacant since the 90’s, but also another win for downtown Toledo.

“The more of us that come here, the better it is for everybody,” said Barry Shaner, the CEO and President of Directions Credit Union. “The more people who are downtown, the more amenities continue to increase, yeah we don’t want to be the last ones, we want to be one of the first and we are going to have lots of folks join us.”

“You want to strengthen the downtown so people have active places, and we have a place to live, work, recreate both during the week and on weekends,” said Clouse. “And I think a strong downtown is an important part of the overall economic development and the economic strength of the region.”

Clouse says the construction of the apartments on the top ten floors will be done this calendar year.

“Overwhemingly the attitude is positive and they’re looking forward to a new space and a new location and being part of something special that’s going on in Toledo right now,” said Shaner.

Directions Credit Union has called Toledo home for more than 60 years. And Shaner says they are thrilled to be getting a chance to expand.

Shaner expects they will be moving in either at the end of this year, or the beginning of 2018.

Construction for Directions Credit Union’s new office space will begin in a few months, and they expect to move in by the end of 2017, or the beginning of 2018.

The Tower on the Maumee, a Multifamily Redevelopment in Toledo, Ohio